Numerous documentaries and texts on and by data philosopher and visionary Wau Holland show how he influenced the world both as a public figure and the doyen and co-founder of the Chaos Computer Club throughout several decades until his untimely death on July 29, 2001.

The area of conflict between new technology and media on the one hand, and ubiquitous surveillance on the other, risks and opportunities in information technology: these were key points Wau covered in his copious talks and public speeches. He developed and refined concepts like hacker ethics and teaching young people about the joy and passion in technology while stressing and howing the society's role therein.

Through founding the Chaos Computer Club in 1981, Wau Holland paved the way for hackers into legality and social responsibility. He continued to be a huge influence and a voice to be heard.

It was on the day of Wau's funeral in Marburg that five of his closest friends set up the Wau Holland Foundation in his memory, supported by his family who also gave the initial funding. In December 2003, the Foundation was registered as a tax-privileged charity.

The foundation's endowment currently is ca. € 62000, mostly invested in savings bonds. Furthermore, it holds land as an asset (valued about € 1500), currently leased to a public institution.

We use the yearly interest of the endowment to finance the work of the foundation and support projects. In order to support more projects, we need donations.

The board of directors currently consists of the following persons:

Former members of the board: 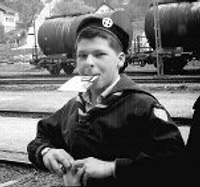 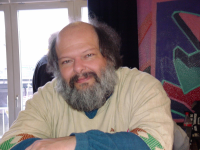 Wau shortely before his death 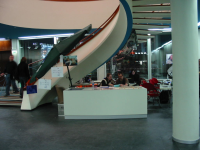 Booth of the foundation at the 20C3 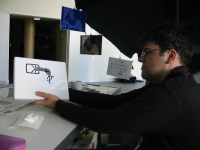 Booth of the foundation at the 20C3

German audio fragment from a lecture given by Wau at the Deutschen Beamtenbund in Stuttgart on August 22nd, 1988, in which he talks about the BTX-Hack of the CCC. The poor audio quality is due to a cheap recording device and the elpased time...